Bruce Willis Would Do Anything For Demi

Bruce Willis would ''probably do anything'' for his ex-wife Demi Moore, who he split from in 2000. 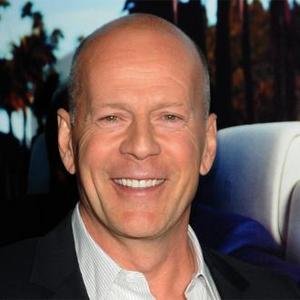 Bruce Willis would do ''anything'' for Demi Moore.

The 57-year-old actor has remained close to his ex-wife - who was hospitalized and endured a stint in rehab for an eating disorder and substance abuse issues earlier this year - since their divorce in 2000 and says she, their daughters Rumer, 23, Scout, 20, and Tallulah, 18, his current spouse Emma and their baby girl, three-month-old Mabel, are the most important people in his life.

He said: ''I'm very proud of my daughters. I would do anything for them. And for my wife Emma. And probably for Demi as well.''

Bruce is particularly proud that he and Demi managed to keep their split private, despite their high-profile, as he thinks it was important for the welfare of their children.

He added to Germany's in magazine: ''We both didn't want to wash our dirty linen in public. We did that for our children as well.''

Following their split, Demi went on to marry Ashton Kutcher - with Bruce attending their wedding - but they split up last November.

Bruce got engaged to Brooke Burns, but they split in 2004 after 10 months together and he went on to marry Emma Heming in March 2009, with his former wife and her then-husband among the guests.