Bruce Willis Has Signed On To Tackle His First Chinese-language Movie In A 3d World War Two Epic. 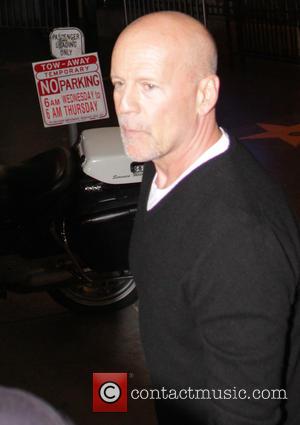 The Die Hard action man has joined top Asian stars Liu Ye, Song Seung-heon, Nicholas Tse and William Chen, among others, in director Xiao Feng's The Bombing, which documents Japan's aerial attack on the city of Chongqing during the war.

Production began in China last month (May15) and Willis, who plays a flight instructor in the film, has already shot key scenes in Xiangshan.

The Bombing is due for release next year (16) to coincide with celebrations marking the 70th anniversary of the end of World War Two, according to The Hollywood Reporter.

Willis is the latest big Hollywood name to make strides in Chinese cinema - Christian Bale starred in 2011 war movie The Flowers of War, while Tim Robbins and Adrien Brody appeared in 2012's Back to 1942, and Nicolas Cage featured in Outcast last year (14).