Bruce Willis has sold his three-bedroom apartment in New York City for close to $13 million, the price he liisted the property at. 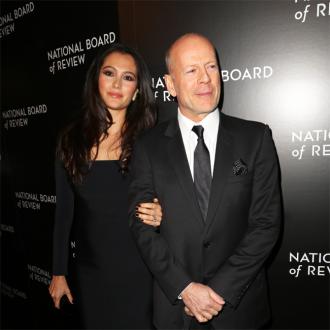 Bruce Willis has sold his three-bedroom apartment in New York City for close to $13 million.

The 60-year-old actor has completed with a buyer for the twin-towered building at 300 Central Park West and closed on the deal on a sum very near the listing price.

Her tweet read: ''We are happy to confirm that yesterday we closed the sale on Bruce Willis' apartment at 300 CPW. (sic)''

Before Bruce owned the apartment it once belonged to U2 bassist Adam Clayton.

Ahead of putting it on the market, Bruce had made renovations to the property adding grey walnut panelling, a steam shower and herringbone floors.

The 'Die Hard' star and his wife Emma Heming bought a different home in New York City in February, located on the Upper West Side at 271 Central Park West.

The couple paid $17 million for the property in February and made the decision to move out of their Central Park West home because they wanted more space for their two daughters, Mabel, two, and nine-month-old Evelyn.