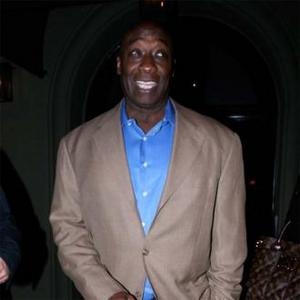 The Oscar nominated actor died yesterday (03.09.12) two months after suffering a heart attack, and the actor and director who worked on his big break, 1998's 'Armageddon', have remembered him.

Bruce told E! news: ''Michael Duncan was a great actor, a great human being, and he was my very dear friend. I will miss Big Mike in a Big Way.''

Later in their careers the two actors worked again, appearing in three further films together: 'Sin City', 'Breakfast of Champions' and 'The Whole Nine Yards'.

Bay, director of 'Armageddon' - about an oil drilling team sent to space to break up an asteroid which threatens to destroy the earth - also had fond memories of Duncan.

He said: ''I gave him his first big movie role in 'Armageddon' as Bear. We found him in a gym. He cried at the first audition because he was so proud to audition for a Michael Bay and Jerry Bruckheimer movie, he just wanted to make his mom proud. We gave him the role in the room. ''His first day on 'Armageddon' he sucked. I remember looking to [co-star] Ben Affleck and thinking we might need to fire him,'' although he also added Michael's subsequent efforts led him to be the ''most improved actor on set.''

Bay also said Duncan never got big headed, despite winning roles in scores of Hollywood films, including 'The Green Mile', 'Planet Of The Apes' and 'The Scorpion King'.

He added in a post on his blog: ''Everyone loved him, his infectious spirit and great belly laugh. I'm really sad to lose him. Rest in peace buddy.''

Duncan is survived by his fiancee, Omarosa Manigault.