Bruce Willis Is A Father Again 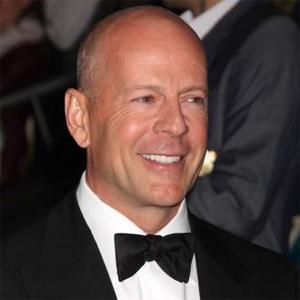 Bruce Willis has become a father for the fourth time.

The 57-year-old actor - who has daughters Rumer, 23, Scout, 20, and 18-year-old Tallulah with ex-wife Demi Moore - and spouse Emma Heming Willis are ''overjoyed'' at the arrival of Mabel Ray Willis, who was born yesterday (01.04.12), his representative has confirmed.

Both Emma and Mabel Ray - who weighed in at 9lb 1oz - are said to be doing well.

Bruce had previously claimed he was indifferent to having children with Emma - who he married in March 2009 - as the only thing that mattered was being with her.

He said: ''I'd like to have a thousand more children, or zero more children. It doesn't matter. Emma makes me feel great.''

Bruce also revealed how meeting and falling in love with the British lingerie model turned his life around.

He said: ''I'm the happiest I've ever been and this comes after a long period of being kind of lonely, even though I tried to convince myself I was enjoying my life.

''Before I met Emma I was very pessimistic about finding that special woman with whom I would want to spend my life with.

''I thought it would be difficult for someone like me, who is well known, to find a woman who didn't have an agenda and who just wanted to be with me because they loved me, pure and simple.''