The daughters of Bruce Willis and Demi Moore reportedly want to star in their own reality TV series. 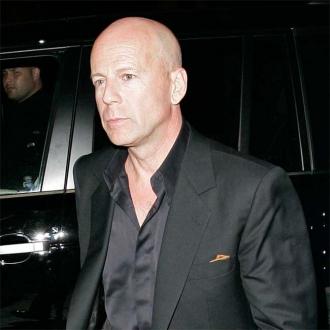 Bruce Willis and Demi Moore's daughters want to star in their own reality TV series.

The former couple's three children, Rumer, 26, Scout, 23, and Tallulah, 21, are reportedly desperate to land their own show as they are eager to become household names in their own right.

A source close to the trio said: ''The girls don't want to live off their parents' success. They want to prove they have what it takes in their own right.''

All three of the girls have amassed hundreds of thousands of followers on their social media profiles, including Instagram and Twitter, and believe it proves people are interested in their lives.

The insider told OK! magazine: ''Even Demi is up for making cameos.''

Rumer recently admitted she and her sisters are very close and credited them for helping her to win 'Dancing with the Stars' in May.

She said at the time: ''We've always been really close. That's one of the beautiful things. They're incredibly supportive and so wonderful, and they are willing to come and support me and cheer me on in whatever crazy endeavours I decide to do!''

But another source told Star magazine that Bruce isn't convinced it's a good idea.

The insider said: ''He's a serious Hollywood star and considers this a downgrade. But he does like the idea that his kids could finally support themselves.''