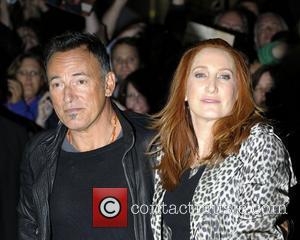 Picture: Bruce Springsteen and Patti Scialfa The 35th Toronto International Film Festival - 'PROMISE: The Making of Darkness on the Edge of Town' premiere arrival at...

Max Weinberg confirmed on Monday that he will not be rejoining Conan O'Brien as his bandleader when O'Brien's new late-night talk show debuts in November on TBS. He gave no reason for his decision. In separate statements the two scotched rumors of any friction between them. In his statement, O'Brien remarked that he hoped Winberg "can find time to stop by the new show, sit in with the band, and pretend to find my monologue funny." Weinberg thanked O'Brien and his former band members for "a deeply rewarding experience" and concluded "I do look forward to dropping by." In an interview with the St. Louis Riverfront Times , guitarist Jimmy Vivino, who will be taking over from Weinberg, attributed Weinberg's decision to his desire to perform with his new big band "that has been his dream all his life." He added, "And there's a kid in Jersey that works with him occasionally" -- a reference to Bruce Springsteen, who performs with the E Street Band in which Weinberg is the drummer.