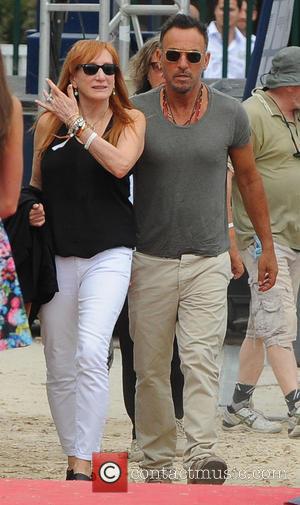 The E Street Band guitarist hit his contacts book to call on famous friends to join longtime Phil Spector collaborator Love in the studio after promising to help the singer with her career over three decades ago.

Van Zandt adds, "Everybody I know that is a great songwriter, I'm talking to. We're hoping to have an all-star album for Darlene, which she deserves."

Love was inducted into the Rock & Roll Hall of Fame in 2011, three years before Van Zandt was added as a member of the E Street Band. Love recently returned to the spotlight as one of the featured artists in the documentary 20 Feet From Stardom, which centred on the careers of working backing singers.