Bruce Springsteen Wowed Fans In New Jersey On Saturday (18jul15) After Showing Up To Play With Fellow Rockers Joe Grushecky And The Houserockers At Asbury Park's Wonder Bar. 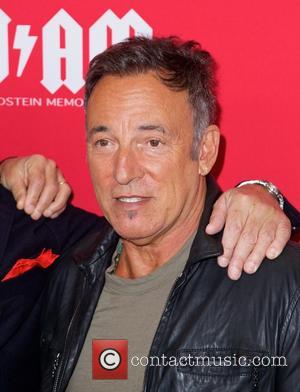 The Boss played 15 songs with the band, including Racing in the Street, Atlantic City, Darkness on the Edge of Town, and Pink Cadillac, Billboard.com reports.

Springsteen produced Grushecky's 1995 album American Babylon, and the pair co-wrote Code of Silence, which won a Grammy in 2004. He has often joined his old pal onstage for secret shows, but Saturday's was the first in years.

News of Springsteen's surprise gig spread like wildfire, and a large crowd gathered outside the 300-capacity venue. The Boss dedicated Land of 1,000 Dances to "the people out in the street".