Springsteen Honoured For His Italian Roots 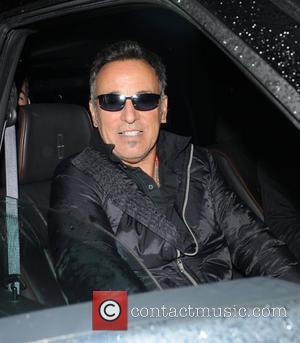 Bruce Springsteen has been honoured in recognition of his career achievements as a rocker with Italian immigrant roots.
The Boss' maternal great-grandmother, Raffaela Zerilli, travelled to New Jersey's Ellis Island from Vico Equense, Italy, in 1900, accompanied by her five children.
Their arrival was documented in records on Ellis Island, which once served as the gateway for millions of immigrants to the U.S.
Heritage bosses at the Statue of Liberty-Ellis Island Foundation, Inc. chose Springsteen as their latest honoree and he celebrated his Italian ancestry during a ceremony on Thursday (22Apr10).
The rocker turned the event into a family affair, bringing along his proud mother Adele, 85, and his aunts Dora Kirby, 90, and Ida Urbellis, 87, to watch as he received the Ellis Island Family Heritage Award, which is presented to immigrants or their descendants "who have made a major contribution to the American experience".
Accepting the award, Springsteen said, "You can't really know who you are and where you're going unless you know where you came from."