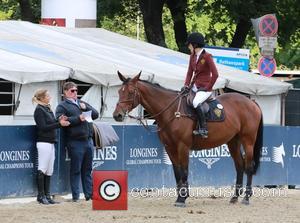 Robbin passed away on Saturday (10Oct15) after suffering complications from cancer.

The singer/songwriter gave an update on his Facebook.com page on 22 September (15), apologising for being "out of touch" with his fans.

"I apologise for being out of touch for a while," he wrote. "Many of you know that I've been battling cancer for over 15 years. These days, it's causing a few problems but I'm dealing with it and will be back performing soon. Like real soon. Prayers are always welcome but you don't need to tell me about it, I'll know your (sic) thinkin' about me and it's appreciated."

The musician enjoyed a successful solo career after his stint in Bruce's band during the early 1970s, and his last album, A Real Fine Day, was released in 2013.

Robbin's relationship with The Boss went beyond their Steel Mill days, and they performed together on stage on numerous occasions.

He is survived by wife Vikki, daughters Rikki and Warren, and three grandchildren.

Rikki says of her father, "He had such a presence on stage, but personally, he was quiet and sensitive. He was a very affectionate and warm person. His grandchildren were obsessed with him."