Bruce Springsteen Shouts Out Wrong State During Concert At Connecticut

The 64 year-old musician yelled “Massachusetts!” several times during his concert in Connecticut. 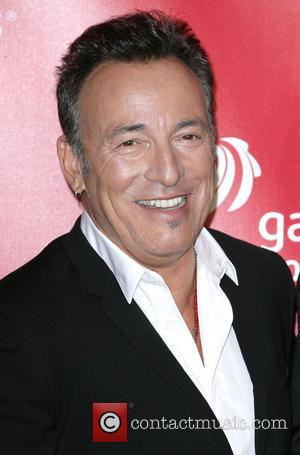 The 64 year-old musician was performing this past Saturday (May 17th) for a packed-out crowd at the Mohegan Sun in Uncasville, Connecticut, for his High Hopes tour alongside the E Street Band.

But in an embossing moment for Springsteen, he accidently gave a shout out to a completely different state.

After repeating this blunder a few more times, the 'Born in the U.S.A.' hit maker was corrected by the Connecticut crowd, who yelled back "No!"

However, it seemed that someone or himself quickly learned of the mistake as Bruce later made a reference to the volunteers at the Connecticut Food Bank who were asking for donations.

Apart from this, the rest of the show was flawless, with one concertgoer telling Fox News, "Oh yeah.he's still got it." Another added, "He'll keep going till he's 100."

This isn't the first time the crowd have reacted with The Boss on the High Hopes tour.

Earlier this month, when performing in Louisiana, Bruce sent a sold-out crowd at the New Orleans Jazz & Heritage Festival into a frenzy after he downed a full beer given to him by a fan.

In another lengthy three hour-long set, the singer accepted the drink off a concertgoer who made his way through the crowd during the show. Following this, Springsteen made another fan's dream come true when he invited a female devotee onstage a performance of 'Dancing in the Dark'.

With the marathon gigs, and playing all over the country, it isn't a surprise the 'Thunder Road' singer forgets where he is at times.