Bruce Springsteen will release music from 1966 in new album

Bruce Springsteen will release rare tracks from 1966 in new album 'Chapter and Verse', which will accompany his autobiography 'Born To Run'. 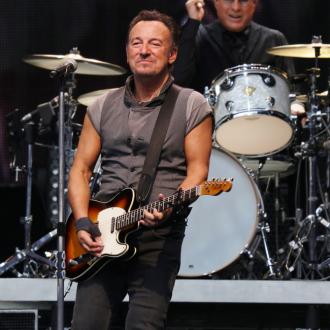 Bruce Springsteen will release music from 1966 in new album.

The 66-year-old American musician is set to release a compilation album called 'Chapter and Verse', which will be compiled of rare tracks pre-dating his 1973 debut 'Greetings From Asbury Park' EP, and will serve as an accompaniment to his upcoming autobiography 'Born To Run'.

The 'Born In The USA' hitmaker will release the album on September 23 only three days prior to launching his book, which he has spent a gruelling six years on perfecting.

The album will feature songs including 'Baby I', which Springsteen co-wrote and recorded during his days with the Castilles, the band Bruce was in as a teenager in 1966, as well as a cover version of Willie Dixon's 'You Can't Judge a Book by the Cover' from 1967, 'The River' and 'Wrecking Ball'.

Meanwhile, a description of the tome has revealed Springsteen is very open about his personal struggles and inspiration behind his successful career.

It said: ''He [Springsteen] vividly recounts his relentless drive to become a musician, his early days as a bar band king in Asbury Park, and the rise of the E Street Band. With disarming candour, he also tells for the first time the story of the personal struggles that inspired his best work, and shows us why the song 'Born To Run' reveals more than we previously realised.''