Bruce Springsteen will headline Hard Rock Calling in 2013, one year after he was cut off at the festival due to playing on longer than a 10:30pm deadline. 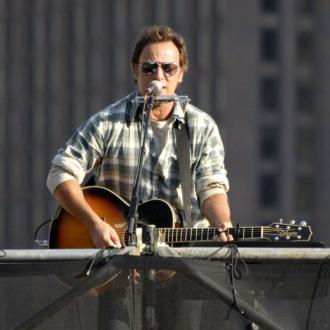 The 63-year-old star will get the chance to finish where he left off last year when he was cut off at the Hyde Park festival due to a noise curfew, and he will join fellow headliners Kasabian on the bill for the spectacle at its new location, London's Queen Elizabeth Olympic Park.

Bruce and The E Street Band will take to the stage on June 30, while the 'Club Foot' hitmakers will play on June 29, with Paul Weller, Klaxons, The Cribs and Tribes all supporting.

Other acts confirmed for the event - which will take place on the same weekend as Glastonbury - include Miles Kane and The Black Crowes.

Bruce's Hard Rock Calling set was covered in controversy last year when he was joined by Sir Paul McCartney for two songs. The pair were all set to play more hits at the festival when their performance was cut off shortly before 11pm after playing on longer than a 10:30pm deadline regarding late-night noise restrictions.

Following the incident, E Street Band guitarist Steve Van Zandt complained Britain had become a ''police state'' and Mayor of London Boris Johnson said it was ''an excessively efficacious decision'' to cut the music legends off.

Tickets will go on sale on Friday (08.03.13) at www.hardrockcallling.co.uk