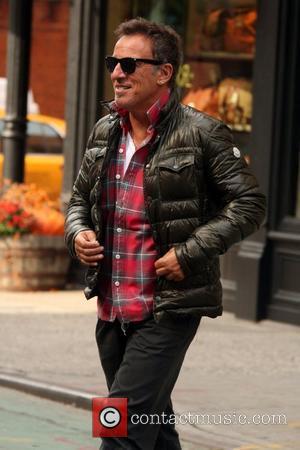 Bruce Springsteen stunned gig-goers in Boston, Massachusetts on Friday night (18Mar11) by taking the stage to play with Celtic rock band the Dropkick Murphys.
The group performed at the city's House of Blues and bassist/singer Ken Casey turned the gig into a family affair by bringing his grandmother, Peg, on stage with him before a rendition of their track Peg o' My Heart, which was recorded with Springsteen.
He then followed it up by telling the crowd, "I thought that was pretty cool, but not cool enough... so I had to call this guy from (New) Jersey."
Casey then introduced Springsteen and the Boss took to the stage to play three songs with the band, including his hit track Badlands and I'm Shipping Up to Boston.