Springsteen set the record for his longest performance in America on Tuesday, then bested it again two nights later.

He’s a rock legend famous for his epic live shows, but Bruce Springsteen has bested himself once again by performing the two longest sets of his career on American soil during consecutive hometown gigs in New Jersey.

Clocking in at precisely four hours, Springsteen and the E Street Band performed the record-breaking marathon set on Thursday night (August 25th) at the MetLife Stadium in East Rutherford, New Jersey – just two days after he beat his own record for the first time at the same venue by playing for three hours and 52 minutes. 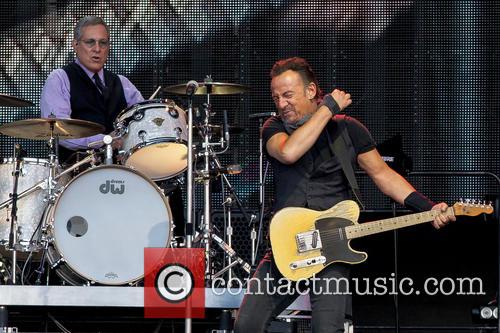 Bruce Springsteen with the E Street Band in June 2016

Springsteen kicked off the second North American leg of 2016’s massive The River Tour, supporting The Ties That Bind, the expanded 2015 reissue of his 1980 album The River. The jaunt kicked off way back in January, and this week saw the band return to the US after touring for three months in Europe. They play seven US cities before concluding the tour on September 14th in Foxborough.

In front of an adoring hometown crowd, he played 33 songs that featured fan requests, a three year old guest vocalist, a fan proposing to his girlfriend, and an appearance by Rage Against The Machine guitarist Tom Morello.

More: No, Prince Harry is NOT dating the daughter of Bruce Springsteen’s bassist

He returns on August 30th to the same venue, during which fans will hope The Boss can beat his all-time longest set, which lasted four hours and five minutes in the Finnish capital of Helsinki in 2012.

Hot off the press... the first copy of Bruce's autobiography #BornToRun!https://t.co/jmJkyIYGKD

In other Springsteen news, fans who are eagerly awaiting the publication of the rocker’s autobiography got treated to a brief glimpse of the book on Twitter on Thursday.

Released on September 27th, the 66 year old star recounts his life and career in ‘Born to Run: Chapter and Verse’, and a short video showed him flipping through the pages of the book, slowing down to let fans see the chapter pages.