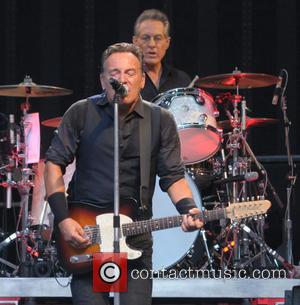 The Sopranos star died on Wednesday (19Jun13) after suffering a heart attack while on vacation with his family in Italy ahead of a planned appearance at the Taormina Film Fest in Sicily this weekend (22-23Jun13).

His castmates and a host of Hollywood superstars have paid tribute to the actor following the sad news, and Springsteen ensured he remembered his fellow New Jersey native during a gig in Coventry.

Before performing his iconic hit Born to Run, The Boss told the crowd the track was for his "great friend" Gandolfini.

Springsteen is connected to the actor through his guitarist Steven Van Zandt, who played Tony Soprano's right-hand man Silvio Dante on the show. Van Zandt released a statement on Wednesday (19Jun13) saying he had lost "a brother and a best friend".