The Boss secretly played an acoustic set for the outgoing president Barack Obama and around 250 of his White House staff.

The 67 year old rock veteran has been a regular visitor to 1600 Pennsylvania Avenue throughout Obama’s two terms in office, and he received the Presidential Medal of Freedom in 2016.

According to a report on the Springsteen fan site Backstreets – which reports on every gig The Boss performs, no matter how hard it is to get into – the attendance was around 250 staff members at the White House. He was joined by his wife, Patti Scialfa, for two tracks, and he even performed ‘Born In the U.S.A.’ – a track he very rarely plays live. 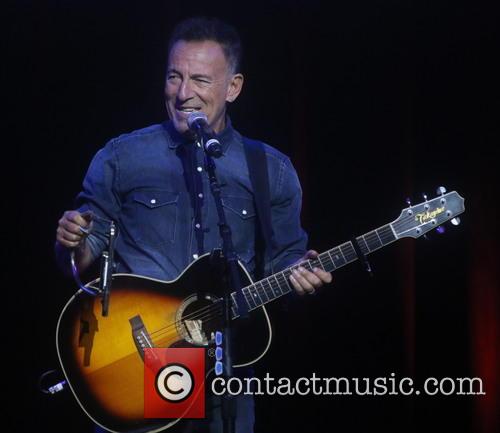 “It was a dream of a setlist… Bruce opened with a very brief note of thanks to the president and the staff who were being honoured before launching into ‘Working on the Highway’…," the report read. "The mood in the room the whole night – both reception and concert – was not exactly sombre, but it wasn’t festive, either. It was elegiac, I’d say. There was a clear sense of something ending, both with the conclusion of an adventure for the staff and the silent presence of the coming political transition. Bruce’s demeanour was definitely in line with that overall vibe.”

The report comes just a few days after a Bruce Springsteen tribute act, The B Street Band - which has been in operation since 1980 and plays around 200 gigs a year – announced that they were cancelling their booking to perform at an inauguration gala on January 19th, the day before Trump is officially sworn in.

Many other popular acts have either refused or cancelled, leaving the Donald's celebrations looking a bit threadbare.

Springsteen had campaigned strongly for Hillary Clinton, Trump’s defeated Democratic rival, throughout 2016, vociferously denouncing the controversial Republican along the way.

“We had to make it known that we didn't want to seem disrespectful, in any way, shape or form, to Bruce and his music and his band,” the group’s manager Will Forte eventually announced, a week after the booking. “I don't want to upset them. We owe everything to him and our gratitude and respect to the band is imperative above all else. It became clear to us that this wasn't working and we just had to do what we thought was the right thing to do and that was to pull out.”

More: Bruce Springsteen describes his look as a teenager on ‘Desert Island Discs’