The Boss will perform during Sunday's ceremony (June 10th) after being honored with a Special Award for his 'Springsteen On Broadway' residency.

Bruce Springsteen is set to perform at this year’s Tony Awards in a rare television appearance, after it was announced that he’s to receive an honorary prize from the ceremony’s organisers.

The Boss’s sold-out ‘Springsteen On Broadway’ residency at the Walter Kerr Theatre in New York City, which has been running since October last year and is due to end in December 2018, would not ordinarily be eligible for Tony Award consideration. Due to the scarcity of tickets surrounding the concerts, Springsteen and the organisers decided not to release any complementary tickets to Tony voters or the press – a requirement for consideration.

However, with ratings in mind, Tony Award organisers the American Theatre Wing decided to give the 68 year old rocker a Special Award for his popular, twice-extended run on shows in the hope that he might show up and perform, and that’s exactly what’s happened. 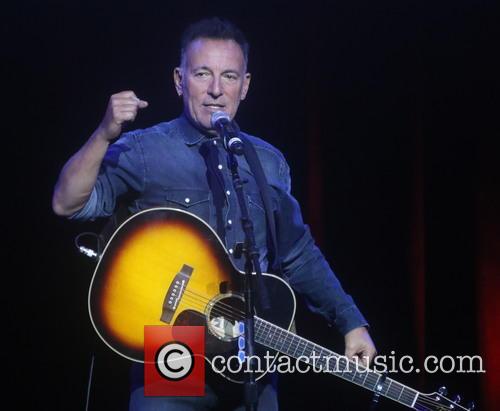 Bruce Springsteen is to perform at the 2018 Tony Awards

Springsteen will perform at the 72nd annual Tony Awards at New York’s Radio City Music Hall this Sunday (June 10th), in a ceremony that will be broadcast by CBS at 8pm ET.

‘Springsteen On Broadway’ has proved to be wildly popular since it opened eight months ago, as it features the musician performing solo, with acoustic guitar and piano, occasionally alongside his wife Patti Scialfa, in intimate shows featuring spoken word interludes with the star discussing his life and work.