Bruce Serenades His Mother At Hard Rock Calling Festival: What A Mummy's Boy!

It was a Springsteen family show as Bruce Springsteen danced with his mother and welcomed his sister on stage at London's Hard Rock Calling festival.

In a Streisand-style family affair, US rocker Bruce Springsteen has introduced crowds of fans to family members whilst on stage. During his Sunday headline slot at last weekend's Hard Rock Calling festival, Springsteen invited his mother Adele, 87, on to the stage for a performance of 'Dancing in the Dark.' The pair slow-waltzed together before his younger sister Pam also joined them on stage with a guitar ready to strum out the song's crescendo. 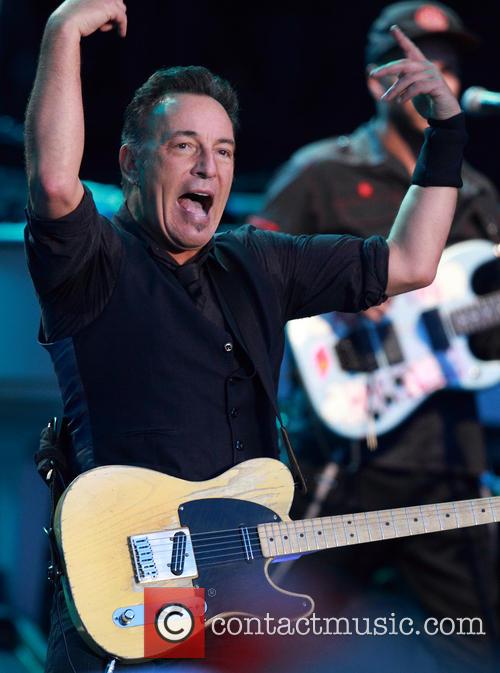 The Hard Rock Calling crowds, who had already rocked out to shows from The Jam, Kasabian, The Black Crowes and Alabama Shakes, were treated by the rock icon to 1984's Born In The USA played in its entirety. According to Digital Spy, 63 year-old Springsteen incorporated request banners from the crowd into his setlist, adding in 'Johnny 99' and 'Jungleland' to the 3 hour set that was received rapturously in a performance described as "joyful," "celebratory," "funky" and a "stunning filibuster of a show" by The Telegraph. 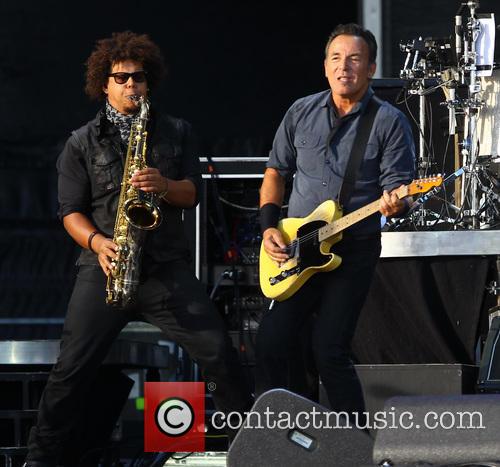 Bruce Springsteen And Saxophonist Jake Clemens (Clue: Not His Mother).

The retro rocker and his E Street Band had their set cut short last year when the festival was held in Hyde Park, which had more stringent volume and curfew rules. During his duet with Paul McCartney, organisers pulled the plug on Springsteen's show causing criticism amongst fans. Now the venue has changed to Queen Elizabeth Olympic Park - and the former location of Olympic basketball - rules are a little more relaxed meaning Bruce could get away with a monster set and finish on a soft note with an acoustic version of 'My Lucky Day,' which is surely how the 40,000 strong crowd of fans felt for catching one of The Boss' legendary live shows. 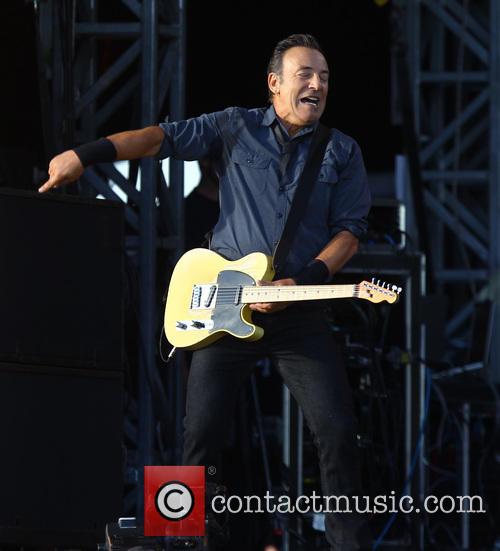