Bruce Springsteen Back At No. 1 With 'High Hopes'

The veteran performer scored his tenth UK No. 1 with the new album

Bruce Springsteen released his latest album, High Hopes, in the UK last week and at the first time of asking the latest collection of songs from The Boss soared straight to the top of the album chart. Springsteen is now among an elite club of artists who have managed to score 10 No. 1 albums in the UK, with High Hopes unlikely to be his last either.

High Hopes is Springsteen's 10th No. 1 in the UK

Bruce has now surpassed David Bowie, Abba, Queen and Michael Jackson in the race for double figures, with these four each earning nine No. 1 albums to date. Springsteen is now on par with U2 and the Rolling Stones, but still places behind Elvis Presley, Robbie Williams (with 11 each), Madonna (who has 12 No. 1's) and The Beatles, who lead the way with 15 No. 1 albums in total.

This is Springsteen's second successive No. 1 album in the UK, with 2012's Wrecking Ball also climbing to the top of the album charts. The album consists of new tracks, re-workings of his old songs, covers and a first-time listen to a number of songs that The Boss had been sitting on until now. In addition to featuring Rage Against The Machine guitarist Tom Morello on a number of tracks, the album also features posthumously-released songs featuring two members of his backing group The E-Street Band who have sadly passed on since the recording: Clarence Clemons and Danny Fererici.

High Hopes was joined at the top of the charts by Ellie Goulding's Halcyon and Beyonce's self-titled new album, which took the No. 2 and No. 3 spots respectively. Bastille returned to the top five with Bad Blood at No. 4 and Gary Barlow completed the top five with his latest album Since I Saw You Last. The full album chart is available at the Official Chart Company website. 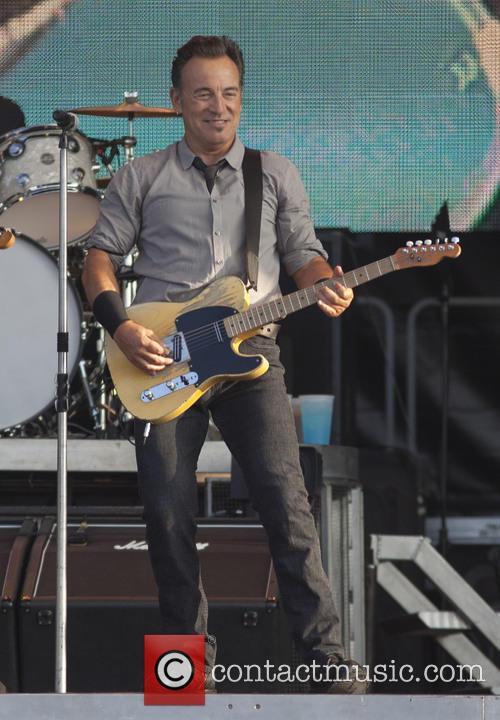