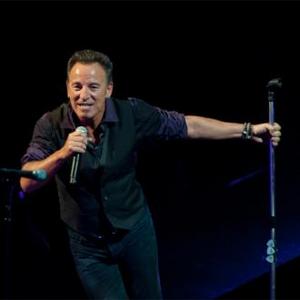 Bruce Springsteen felt ''suicidal'' and ''depressed'' in the 1980s, according to his biographer.

Dave Marsh, who is also a good friend of the musician, claims the 'Born to Run' hitmaker was feeling down around the time that he was finishing his sixth studio album 'Nebraska' in 1982, but his depression ''wasn't shocking''.

He said: ''He was feeling suicidal. The depression wasn't shocking, per se.

''He was on a rocket ride, from nothing to something, and now you're getting your ass kissed day and night. You might start to have some inner conflicts about your real self-worth.''

The 62-year-old rocker hinted he had such feelings and would try to ''self-obliterate'' by performing lengthy concerts, which went on for as long as four hours.

Bruce explained: ''My issues weren't as obvious as DRUGS. Mine were different, they were quieter - just as problematic, but quieter.

''With all artists, because of the undertow of history and self-loathing, there is a tremendous push toward self-obliteration that occurs on stage.''

US journalist David Remnick also claims Bruce was ''deeply affected'' by his father suffering from ''paralysing depressions'', which is why he never touched drugs.

In a profile of the singer which appeared in The New Yorker magazine, David explained: ''Bruce was deeply affected by his father's paralyzing depressions, and worried that he would not escape the thread of mental instability that ran through his family. That fear, he says, is why he never did drugs.''