The Beatles, Elvis and The Stones soundtracked this rocker's youth.

Bruce Springsteen opted for a handful of golden oldies during his appearance on 'Desert Island Discs' yesterday (December 18th 2016), and reflected on how he viewed music as a young teenager with a whole musical career ahead of him. Some of his choices weren't all that surprising. 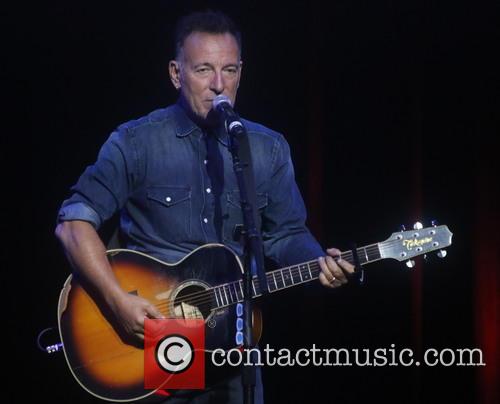 Bruce Springsteen opens up about his top 8 tracks

Earlier this year Springsteen launched his autobiography 'Born To Run', a book named after his 1975 single. You can find out more about his childhood in the book, but he gave BBC Radio 4 a little glimpse into his early years with eight strong record selections.

His first pick was Elvis Presley's 'Hound Dog', which was his first inspiration to play the guitar, while his second was 'I Want To Hold Your Hand' by The Beatles. 'I went for another shot at the guitar and this time I kept playing it', he explained. 'It was really the song that inspired me to play rock 'n' roll music, to get in a small band and start doing small gigs around town.'

Music was a huge part of Springsteen's life growing up, and he would learn every dance move that was out there to show off at the YMCA parties on Friday nights. 'Before I could play the guitar I realised that girls love to dance and so I'd spend quite a bit of time in my own home mirror practising all the different dance moves of the day', he confessed, and even gave us a clue as to what he looked like in those days.

'Pretty hideous', he chuckled. 'I would use my mother's hair clips to pin my hair down and then I would sleep on it exactly right on the pillow because I had Italian curly hair when I had more hair. I would pin it down until it was as straight as Brian Jones' and then I would go to the Y.' As for his staple outfit, it would always be 'black chinos, black shoes with pointed toes, red socks, red shirt'.

Springsteen's other Desert Island Discs were 'It's All Over Now' (The Rolling Stones), 'Madame George' (Van Morrison), 'What's Going On' (Marvin Gaye), 'Out Of Sight' (James Brown), 'Like A Rolling Stone' (Bob Dylan) and 'Baby I Need Your Loving' (The Four Tops).