Someone just paid $197,000 for some of Bruce Springsteen's scribbles.

Handwritten draft lyrics for Bruce Springsteen's 1974 song Born to Run has sold for $197,000 at Sotheby's auction.According to Reuters, the lyrics fetched more than double its estimate of $70,000-$100,000 at the New York sale. 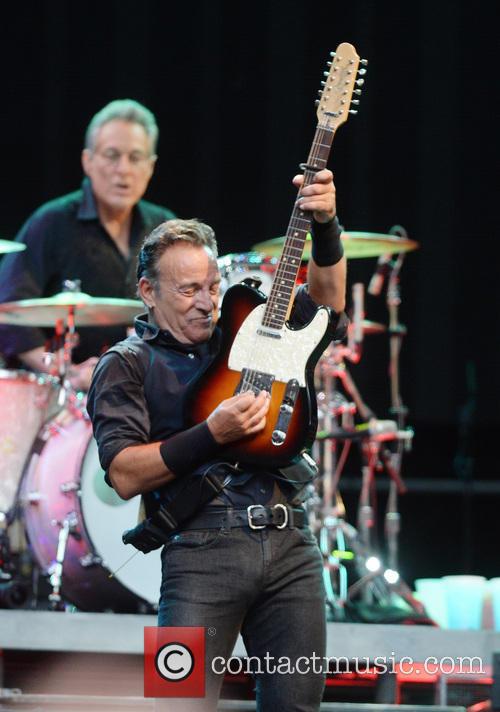 Born to Run - the song from the album of the same name - has become an American anthem and remains one of Springsteen's most enduring songs. The notebook of lyrics shows The Boss's creative process for the track, with many of the lines not recorded. The classic line "tramps like us, baby, we were born to run," is included.

"This was done in 1974 when he was going through preparing for his third album," Richard Austin, head of Sotheby's books and manuscripts department, said ahead of the sale. "And there is a story he tells about sitting on the edge of his bed with his guitar and the phrase 'born to run' comes into his head. And what you are actually looking at is the process he goes through to get to the finished song."

It took Springsteen six months to complete Born to Run and helped the New Jersey singer become one of the greatest rock and roll stars of all time.

The lyrics were sold as part of Sotheby's Fine Books and Manuscripts sale on Thursday, which brought in more than $3.7 million from 176 lots. It included a letter from John Lennon, a series of love letters from Mick Jagger as well as works from William Shakespeare, Ernest Hemingway and Thomas Jefferson.

According to Forbes, the opening bid for the Springsteen manuscript was $40,000 though offers quickly escalated through online, telephone and in-person bids. The auction house claimed the copy once belonged to the Springsteen's former manager, Mike Appel, but would reveal neither the seller nor the buyer, who bid by telephone.