Springsteen's book, 'Born To Run', is published on September 27th.

Ahead of the release of his much-anticipated autobiography ‘Born To Run’, Bruce Springsteen has announced that he’ll be undertaking a short tour of “special appearances” around the United States to support its release at the end of this month.

The 66 year old rock icon is publishing his memoir on September 27th, and will be celebrating its release with an appearance at a store in Freehold, New Jersery – rather fittingly. The nine date jaunt will wrap in Cambridge, Massachusetts on October 10th.

According to the press release via his official website, all books will be pre-signed by Springsteen, with the short tour taking in Philadelphia, Los Angeles and New York City. 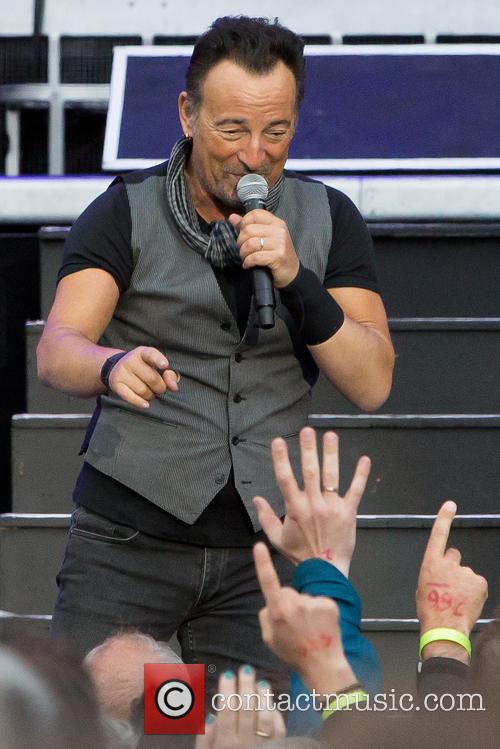 Bruce Springsteen has announced nine appearances around the U.S. to mark the release of his autobiography this month

“I had to find the roots of my own troubles and issues,” the rocker explained to Vanity Fair in a recent interview about why he decided to write the autobiography, “and the joyful things that have allowed me to put on the kind of shows that we put on.”

More: Bruce Springsteen performs his longest ever US show, breaking his own record twice in quick succession

Many of The Boss’s fans were shocked to discover earlier this month that the singer had been battling depression for almost half his life, having sought therapy in the 1980s. He reveals more about this in ‘Born To Run’, and indicated that it had been part of the motivation to write the book in the first place.

“One of the points I'm making in the book is that, whoever you've been and wherever you've been, it never leaves you,” Springsteen said about his experiences with the condition. “I always picture it as a car. All your selves are in it. And a new self can get in, but the old selves can't ever get out. The important thing is, who's got their hands on the wheel at any given moment?”

More: Bruce Springsteen reveals his “crushing” battle with depression for over 30 years

The full dates of Bruce Springsteen's book tour are: