Bruce Springsteen and the E Street Band will release a new album and undertake a world tour in 2012. 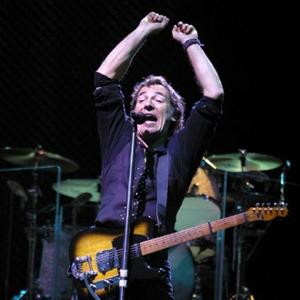 Bruce Springsteen has announced a new album and tour for 2012.

The 'Born to Run' hitmaker and his E Street Band have almost completed work on their latest as-yet-untitled record and are planning to play a series of European and US dates next summer.

In a message to fans on his website Brucespringsteen.net, he wrote: "We want you to know that the music is almost done (but still untitled), we have almost settled on the release date (but not quite yet), and that we are all incredibly excited about everything that we're planning for 2012. That's all the info we have for right now, but we'll get back to you - real soon."

This will be the first tour for Bruce and the E Street Band since 2009's 'Working on a Dream' concerts and also since the band's saxophonist Clarence Clemons died this summer.

Although the US dates have not yet been announced, the European leg of the tour which will run from the middle of May until end of July and include headlining slots at the Hard Rock Calling festival in London on July 14 and the UK's Isle of Wight Festival on June 24.

John Giddings, Isle of Wight Festival promoter, said, "It's taken years to get him here, but it will have been worth the wait - he is one of the greatest acts of all time, it's going to be a classic year."

Toby Leighton-Pope, promoter for Hard Rock Calling, said: "It's great to welcome Bruce Springsteen and the E Street Band back to Hyde Park. They always put on a fantastic show and 2012 is set to be a special one."

Other dates announced so far in the UK include Sunderland on June 21 and Manchester on June 22. Bruce Springsteen Is Born To Run For Eight Weeks On Broadway