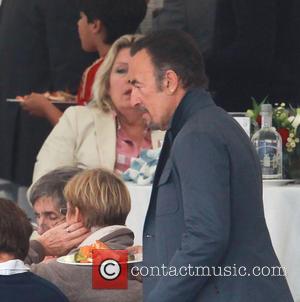 Bruce Springsteen, Willie Nelson and Beck were among the stars who took to the stage to perform the songs of Bob Dylan at a charity gala honouring the veteran folk legend in Los Angeles on Friday (06Feb15).

The Mr. Tambourine Man hitmaker was named the 2015 MusiCares Person of the Year during the organisation's annual benefit at the Los Angeles Convention Center, and he gave a 30-minute speech at the event, telling the audience, "I'm proud to be here tonight for MusiCares. I'm honoured to have all these artists singing my songs."

Beck, John Mellencamp, Nelson and Springsteen were among the performers who took to the stage to pay tribute to Dylan.

All proceeds from the event benefit the MusiCares organisation, which provides financial and medical aid to musicians in need.