Review of Live in Dublin Album by Bruce Springsteen 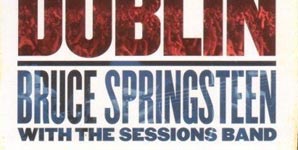 When Bruce Springsteen's Seeger Sessions hit the shelves, with its jazz, folk, Dixieland, celtic and gospel leanings, many didn't quite know how to take it. Its remarkable joy persuaded most. Any remaining doubters were won over when they saw it live. The Seeger Sessions concerts are now legendary for their huge spirit, good time music and energy.

So, a live album (and accompanying DVD) seems logical? Well, not entirely. Despite Springsteen being unequalled as a live performer, recordings rarely capture the essence of his live show (apart from the recently released 1975 Hammersmith show). The 'studio' album itself featured loose and barely-produced performances from a great band, making a live disc something of a luxury.
The performance isn't quite at the Wembley Arena level, but is still astonishing. Live in Dublin includes great performances of songs which didn't make the Seeger Sessions album - songs like Atlantic City, Highway Patrolman, This Little Light, Love Of The Common People and the remarkable How Can A Poor Man Stand Such Times and Live. This is a performer still at the peak of his game, and Live in Dublin captures it wonderfully. Good things come to those who wait.