Review of Working On A Dream Album by Bruce Springsteen

Review of Bruce Springsteen's album 'Working On A Dream'. 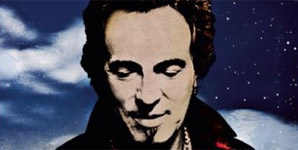 I should start by saying, I'm a huge Bruce Springsteen fan and I don't think a bigger fan will be reviewing this album so the following lines are full of sadness.

The main issue is, the best song on the album shouldn't really be on it. The Wrestler is an original composition written for the film. The track is featured on this album as an extra, but it actually feels more of a 'compensatory' addition.

'Working On A Dream' features tracks that makes this long-term Springsteen fan cringe. Tracks ranging from 'Surprise, Surprise' which could be the new theme tune for a Noel Edmonds TV show. 'Kingdom of Days' and 'This Life' are very Manilow-esque whilst 'Queen Of The Supermarket' is an embarrassing paean for a supermarket checkout girl. Back in the day, I couldn't imagine these songs even entering Bruce's head.

Elsewhere on the album, My Lucky Day or the title track sound like they could've been one of the many tracks written in the 'Born In The USA' era but weren't good enough to make the album and discarded.

There are a few songs that savour the album, 'What Love Can Do', 'Life Itself' and 'The Last Carnival' but on the whole, this sounds like an album full of bits and pieces collected over the years and since the release of the patchy 'Magic'. If you were a fan of 'Girls In Their Summer Clothes' or 'Your Own Worst Enemy' then you might find something on this album for you but if you're not into them, I'd advise staying away.