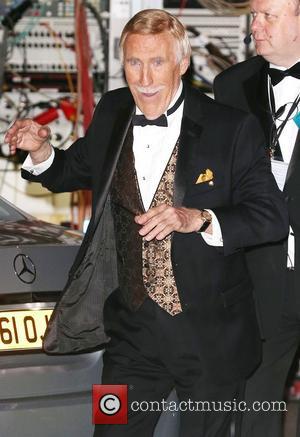 Louis Smith was last night crowned this years Strictly Come Dancing champion, wowing both the audiences and the judges with his light feet to take home this years glitter ball trophy.

The 23-year-old Olympic silver medalist beat off competition from actress Dani Harmer, TV presenter Denise Van Outen and Girls Aloud star Kimberley Walsh in the much vied for final, making him the show's 10th victor. An overwhelmed, but still slightly jovial, Louis said after he was awarded this years title, "I can finally say I won something in the year 2012!"

With his fleet-footed rendition of the Charleston, Louis swept off the injury problems that have plagued him throughout the competition as though they weren't there, to perform a near faultless dance routine with his partner Flavia Cacace. The Olympian sustained a number of injuries throughout the show's 14-week run, including problems with his back - which limited the number of lifts he could perform - as well as a knee problem that he said would require surgery now the show is over.

As well as being a major success for Louis, the show's producers also scored a winner, with the show gaining a massive boost in ratings in comparison to previous seasons. The final saw a peak audience of 14m people tune in, up from 13.3m in 2011, whilst the series managed to regularly beat ITV rival The X Factor in the ratings all throughout its run.