However, the 88 year old star suffered another fall at home recently, which set back his recovery from keyhole surgery.

Sir Bruce Forsyth’s long-term recovery from his various health problems recently took another setback, with the entertainer’s wife Lady Wilnelia revealing that he suffered another fall at home while recovering from surgery.

Wilnelia appeared on ITV’s ‘This Morning’ on Thursday (November 10th), and gave an update as to how the 88 year old entertainment legend was recovering from keyhole surgery he underwent late last year. Forsyth went under the knife when doctors found two aneurysms when a full body scan was conducted after his first fall at his home in Surrey, which happened back in October 2015. 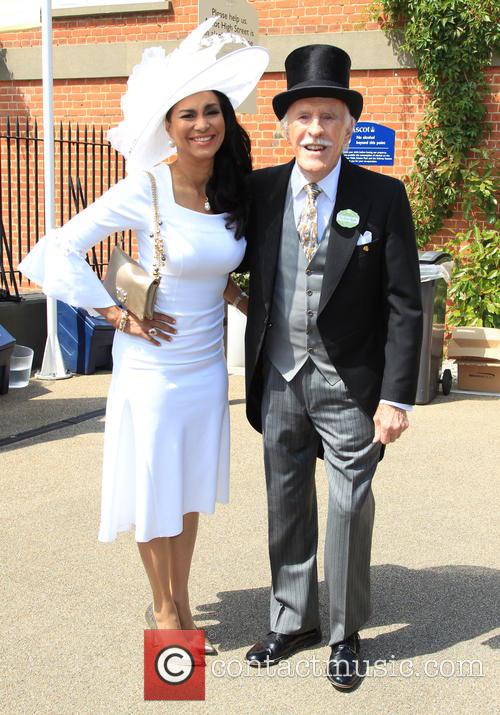 Sir Bruce Forsyth with his wife, Lady Wilnelia, in 2015

Co-host Philip Schofield asked her: “He was in hospital a long time, then got home and had another fall which is just a setback.”

“Yes, a setback,” Wilnelia confirmed, adding: “It is frustrating for him. Okay, he is 88 and usually men of his age are already retired, but for him, he had been so active until just recently.”

“We've had so many wonderful letters and phone calls and good wishes for him,” she said, adding that he remains hopeful of returning to public life. Recently, he has been too frail to attend the funerals of his close friends Ronnie Corbett and Sir Terry Wogan.

More: Sir Bruce Forsyth has not retired from showbiz just yet

“With a little bit of luck he should be back,” said the 1975 Miss World winner, without putting a timeframe on it. “I don't expect him to go tap dancing, he's not doing that at home, but he loves show business.”

In a separate interview last week about his health, Wilnelia told the Daily Mail’s You magazine that Forsyth was on the mend but was still having “a bit of a problem moving… he's in incredible shape mentally but he gets very tired.”

Back on ‘This Morning’, Holly Willoughby asked her why she felt her marriage to Forsyth, which has lasted since 1983, was so strong after all this time.

“Maybe not taking each other for granted,” she reflected. “We have really good communication and I think it's so important to say you're sorry when you're in the wrong.”