Iron Maiden's website announced that the singer had undergone treatment for a cancerous growth on his tongue during January and February.

Bruce Dickinson, the lead singer of legendary British metal band Iron Maiden, has recently finished a seven week course of cancer treatment. According to a statement made via the band’s official website on Thursday, Dickinson was found to have a cancerous tumour at the back of his tongue.

The tumour was discovered during a routine medical check-up in December last year, and the singer completed the course of radiology and chemotherapy on Wednesday. 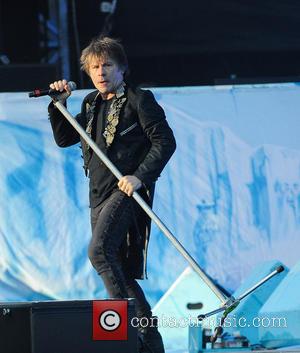 Going forward, the statement read “as the tumor was caught in the early stages, the prognosis thankfully is extremely good”, adding that a complete recovery is “envisaged by late May.”

This is roughly the same time as Iron Maiden are expected to embark upon a European tour (May 27th to July 5th), but the statement remained silent on this point, simply asking fans to remain patient. Within minutes, Twitter was deluged with people wishing the frontman a quick recovery.

Dickinson’s unusually large vocal range, spanning four octaves, has made him one of the most memorable singers of any genre over the last forty years. He has been an integral part of Iron Maiden’s success that has seen them sell over 80 million albums worldwide.

Having joined in 1981 after the band had experimented with a number of frontmen, he quit Iron Maiden in 1993 to pursue a short-lived solo career, only to rejoin in 1999.

Last year, he reacted to Metallica’s headline spot at Glastonbury by criticising the festival for being too bourgeois. “In the days when Glasto was an alternative festival it was quite interesting,” he said, “but anywhere Gwyneth Paltrow goes and you can live in an air-conditioned yurt is not for me.”

More: Iron Maiden want their old gear to be displayed in an interactive museum