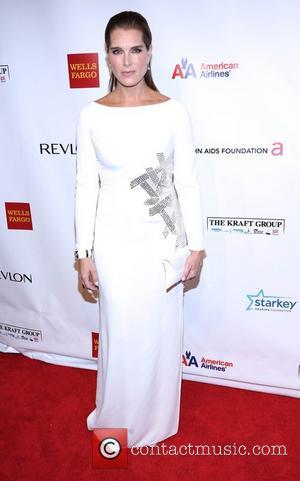 Brooke Shields' mother, Teri Shields died last week at the age of 79 after enduring a long illness, related to dementia, says the New York Times. Teri came under criticism in Brooke's youth after letting the young actress/model appear in roles and campaigns that were deemed unsuitable for her age. Notably, Brooke's role as a prostitute in the 1978 movie 'Pretty Baby' when she was just 11.

In a 1978 People interview, the relationship between the two was a focal point. "Occasionally the intimacy between mother and daughter turns into anger," it said. " 'Oh, Mommy, you're so dumb!' Brooke complains. Teri, offended, snaps back, 'I don't have to take that crap!' and storms out of the room." Over 15 years later, in a '94 interview with the New York Times, Brooke referred to her childhood saying "I grew up in an alcoholic household" and said that she was "the caretaker who wants to make everything better." It came as no surprise then, when Brooke opted to lose her mother as her manager, and instead take the helm of her own life, steering the course for her career in the way she deemed best fit.

Despite lifelong tension with her mother Brooke made a heartfelt statement about Teri, which People reports. "My mother was an enormous part of my life and of who I am today," She said. "I loved her, laughed with her, and respected her. And although she had her share of struggles, she was my mom."