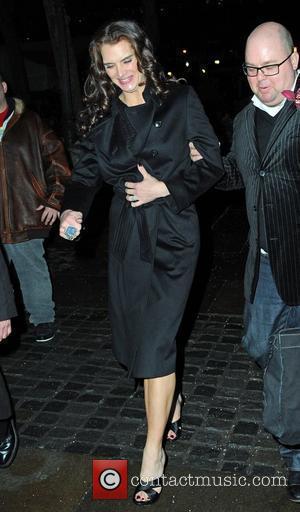 Brooke Shields has vowed to tell her daughters all about their royal roots after learning of her high-ranking French ancestry on a U.S. genealogy show.
The Blue Lagoon star was featured on celebrity programme Who Do You Think You Are?, which followed the actress as she voyaged to Italy and France to trace her family on her father's side.
With the help of a royal historian, Shields discovered she is a distant relative of French royals including King Henry IV, Saint Louis, Philip II and Charles V.
Shields called the journey that took her back in time "an amazing exploration" - and is excited to share her family's history with her daughters Rowan, six, and Grier, three, when they're older.
She explains, "(The journey has) taken me from New Jersey to the Palace of Versailles... I'm just looking forward to imparting what I've learned and imparting to my children where they came from. And even if they don't understand it now it will be a huge piece of their puzzle. I do feel part of something bigger and now the desire to share it with my daughters is even stronger."
Sarah Jessica Parker, her husband Matthew Broderick and moviemaker Spike Lee have also traced their family trees for the TV series.