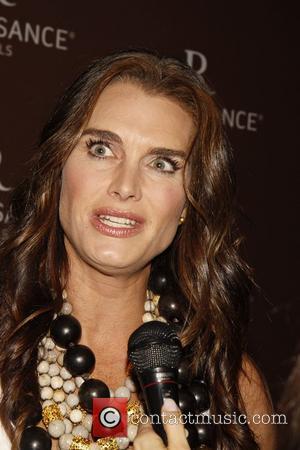 Children's campaigners in the U.K. have blasted plans to display a naked photo of a ten-year-old Brooke Shields as part of an art exhibition.
A nude snap of The Blue Lagoon star posing in a bathtub when she was a child is set to go on show as part of the Pop Life: Art In A Material World exhibition at the Tate Modern in the U.K. capital.
The controversial photograph has been separated from the other exhibits and hangs in its own room behind a closed door, with a notice warning visitors they may find the work "challenging".
The move has been met with fury by children's campaigners, who have branded it a "magnet" for paedophiles.
Michele Elliott, founder of Kidscape, says, "Brooke Shields was 10 years old when this picture was taken. She could not have given informed consent to it being used. It must be bordering on child pornography. It is certainly not art.
"If you are using a picture of a naked child to bring people to your exhibition, then you are exploiting that child. It's as if they are using a 10-year-old girl for bait. I find it disturbing and they should be ashamed of themselves. And putting the picture in a room with a warning outside really is a magnet for paedophiles."
Officials at the Tate Modern have defended the inclusion of the photograph - but admit they consulted lawyers before deciding to display the provocative piece.
A spokesperson says, "As with any artwork that contains challenging imagery, Tate has sought legal advice and evaluated the situation. Tate has taken measures to inform visitors of the nature of the work, providing information outlining the intentions of the artist."
The original image was taken in 1975 by artist Gary Cross. In 1981, Shields lost a court battle to purchase back the negatives.
The exhibition opens on Thursday (01Oct09).