Brooke Shields lost virginity to Dean Cain when she was 22

Brooke Shields lifts the lid on her romances with some of her famous ex-boyfriends in her new memoir, 'There Was a Little Girl: The Real Story of My Mother and Me,' and reveals she lost her virginity to Dean Cain when she was 22. 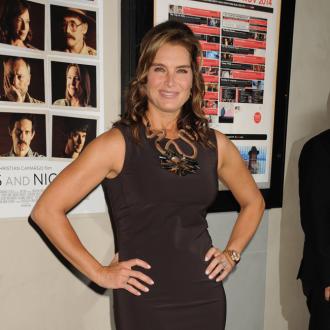 Brooke Shields lost her virginity when she was 22.

The 49-year-old actress, who lifts the lid on her romances with some of her famous ex-boyfriends, including Liam Neeson and John Travolta, in her upcoming memoir, 'There Was a Little Girl: The Real Story of My Mother and Me,' had sex for the first time with former 'Lois & Clark: The New Adventures of Super Man' star Dean Cain.

Recalling the experience in the book, she writes: ''He was incredibly and painfully patient with me regarding sex. I made him wait and wait and my mom kept track.''

''Afterwards I got so overwhelmed that I jumped out of my bed. I actually kind of tumbled off it and started running. I was buck naked streaking down a hallway and running like I had just stolen someone's wallet.

''Dean leapt up and ran after me with the comforter in his arms. He hugged me tight and asked me where I was going.''

Despite dating Dean for two years after they met at Princeton University, Brooke says she was ''terrified of physical contact with boys'' after being brought up in the spotlight by her mother Teri Shields, who died in 2012.

She writes: ''I was afraid I was leaving my mother.

''I believe my mom wanted me to stay a virgin for as long as possible.''

The 'Michael J. Fox Show' star, who now has daughters Rowan, 11, and Grier, eight, with husband Chris Henchy, also opens up about her friendship with the late Michael Jackson after meeting him for the first time when she was 13, according to the excerpts obtained by PEOPLE magazine.

She writes: ''We loved each other. We just felt safe with each other. I didn't want anything from him. We watched movies and ate candy and laughed at the craziness around us.''