A Stage Show Adaptation Of Cowboy Romance Brokeback Mountain Is Set To Premiere In London's West End In Honour Of Its 10th Anniversary Next Year (16). 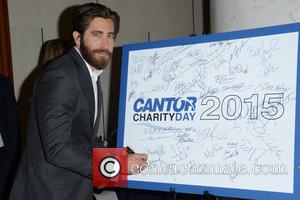 British producer Tom O'Connell has acquired the rights to the drama starring Heath Ledger and Jake Gyllenhaal, and the first-ever theatre adaptation is currently in production and scheduled to open in 2016.

The film, based on a short story of the same name by author Annie Proulx, won Oscars for Best Adapted Screenplay, Best Director and Best Score in 2006.

While this production will be the first play based on Brokeback Mountain, an operatic version was previously commissioned by New York City Opera and premiered at Madrid's Teatro Real last year (14).

Hathaway And Gyllenhaal To Reunite Onscreen