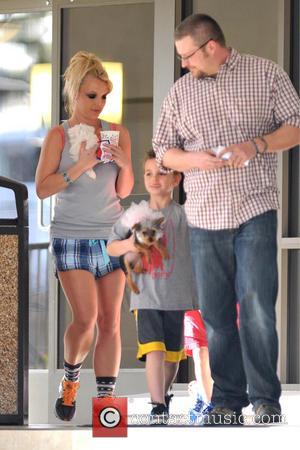 Britney Spears, Neil Diamond and Avril Lavigne have all thrown their support behind Steven Tyler's campaign to tighten privacy laws in Hawaii so celebrities can enjoy hassle-free holidays there.

The Aerosmith frontman initiated the Steven Tyler Act to limit the freedom for anyone to take pictures or videos of stars in the state and allow famous visitors to collect damages from strangers who photograph them during their personal or family time on the island.

A publicist for the rocker has told The Associated Press that Tyler submitted written testimony supporting the proposal and is expected to attend the bill's hearing, the first time it has been discussed publicly, by Hawaii's Senate Judiciary Committee in Honolulu on Friday (08Feb13).

Diamond, Spears and Lavigne, as well as Ozzy Osbourne and his family, have all submitted written statements supporting the Steven Tyler Act.

Senator Kalani English introduced the bill at the request of Tyler, who owns a multi million-dollar home on the island of Maui, while Hawaii Governor Neil Abercrombie has voiced support for the proposals.

Tyler says, "The paradise of Hawaii is a magnet for celebrities who just want a peaceful vacation. As a person in the public eye, I know the paparazzi are there and we have to accept that. But when they intrude into our private space, disregard our safety and the safety of others, that crosses a serious line that shouldn't be ignored."