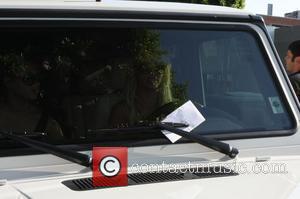 A woman who was found guilty of peeping into Britney Spears' home has been sentenced to three years probation and 240 hours of community service.
Miranda Tozier-Robbins was arrested in April (09) after she was spotted by the singer's security guards in the grounds of Spears' Calabasas, California property, while the star was out of town on her Circus world tour.
The 26 year old, who claimed she was filming a documentary, was charged with trespassing and disorderly conduct on Thursday (20Aug09).
She appeared in a Los Angeles court for her arraignment hearing in June (09), and pleaded not guilty to the crime.
But Los Angeles Superior Court spokeswoman Patricia Kelly revealed a judge in Malibu, California found her guilty of snooping on Spears' property.
Tozier-Robbins was also ordered to keep away from the singer and her house.