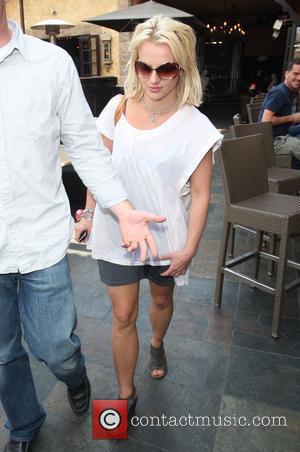 Britney Spears' head bodyguard has reportedly resigned after allegedly accusing the singer of sexually harassing him.
Former police officer Fernando Flores is said to have quit working for the Toxic hitmaker after she repeatedly called him into her bedroom and strutted naked in front of him.
And Flores is reportedly considering a sexual harassment lawsuit against Spears, according to Britain's The Sun newspaper.
A source tells the publication, "She was always giving him the come on and he felt if he didn't reciprocate he could lose his job. He finally handed in his notice last week and is considering legal action.
"Working for Britney is tough. She's a nightmare to deal with and her emotions are totally out of control. She runs round the house naked and yelling at staff. All her guards knew they could be removed if they looked at her the wrong way. Unfortunately for Fernando, she took a liking to him, so he was under more pressure than most. He wanted to be a good security guard and look after her but the situation became unbearable."