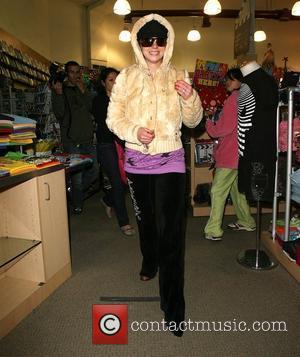 Picture: Britney Spears stops at a souvenir shop in Hollywood to buy baby clothes for her sister Jamie Lynn Spears' baby. Despite being wrapped up warm...

Britney Spears' CROSSROADS co-star Taryn Manning has split from the boyfriend she declared her undying love for when she feared she was going to die in a 2005 plane crash. The actress/singer wrote, "I'll always be with you," in the love note to actor Derek Magyar as the plane she was flying in headed for an emergency landing two years ago. But it seems the romance wasn't destined to last - Manning announced she and Magyar had split during a night out with friends last month (Sep07).