Has Britney Spears Hit Back At Iggy Azalea Over Poor Chart Performance Of 'Pretty Girls'?

Iggy made her feelings about ‘Pretty Girls’ clear on Sunday, but has Britney Spears fired back?

So why did Iggy Azalea and Britney Spears’ duet ‘Pretty Girls’ perform poorly in the charts? Well on Sunday Azalea gave her opinion, blaming a lack of promotion for the track flopping. But now Spears appears to have hit back at her collaborator's comments, by posting a cryptic tweet seemingly aimed at the rapper. 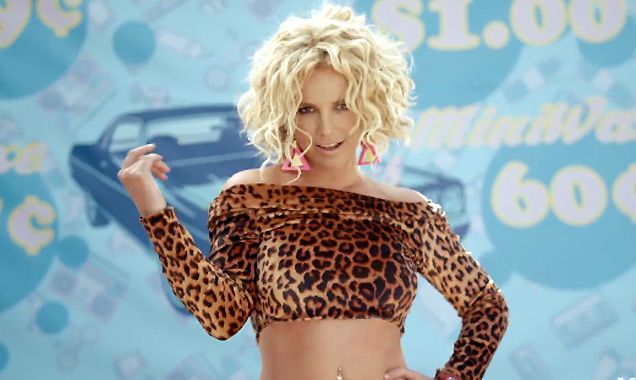 Has Britney thrown some shade at Iggy Azalea?

During a twitter Q & A with her fans on Sunday, Azalea answered one user who had mentioned that the duet ‘flopped a little bit’ on the Billboard charts. ‘It’s difficult to send a song up the charts without additional promo and tv performances etc,’ Azalea tweeted.

‘Unfortunately I'm just featured...I would have enjoyed performing it a lot, I think it got off to a powerful start,’ the rapper added. ‘But you need content to compete in 2015.’ But when the rapper was later accused of ‘throwing shade Spears’ way’ Azalea responded by clarifying that her comment was ‘factual’ and ‘applies to any song’.

The next day Azalea was still trying to clarify her remarks tweeting, ‘I’m sure you would have enjoyed some extra performances etc. of the song. Am I the bad guy for wishing we had done more? I really love the song and actually never said anything negative, only that i think there was room to do more with it.’

But it seems Britney might now be the one throwing a little shade towards Iggy as the singer tweeted yesterday, ‘Can’t wait to get back to Vegas. So thankful I have shows for the rest of the year to look forward to... #YouWantAPieceOfMe.’

More: Watch Britney Spears And Iggy Azalea In The Out Of This World 'Pretty Girls' Video

The tweet is widely believed to be in reference Azalea, who last month scrapped her entire ‘Great Escape’ tour which was due to start in the Fall. In contrast Spears is currently in the middle of her Las Vegas ‘Piece of Me’ residency, which is scheduled to continue at Cesar’s Palace until November.