Britney Taken Out Of Spamalot's Lyrics 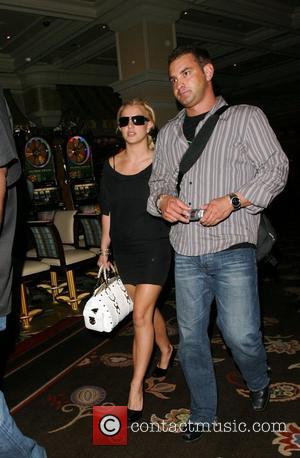 Picture: Britney Spears and Bryan Spears After giving a scantily-clad performance of her comeback single at this year's MTV Video Music Awards, Britney leaves the Luxor...

The lyrics in the hit musical SPAMALOT have been altered to avoid poking fun at Britney Spears, it has emerged.

The author of the West End and Broadway show, former Monty Python star Eric Idle, told the Associated Press that he had changed the lyrics "because we don't laugh at sad people".

"We changed the lyrics in London, on tour, on Broadway and in Las Vegas. We think that it's now too sad. BRITNEY SPEARS is being tortured to death and we don't want to be on that side," he continued.

Instead the lyrics in DIVAS LAMENT focus upon POSH SPICE Victoria Beckham.

Meanwhile, a report on CBC News stated that references to the pop princess will also be taken out of the QUEEN-inspired musical WE WILL ROCK YOU.

On his website, former QUEEN guitarist Brian May said that any references to Spears had been intended as "good natured fun" and a "tribute" to Britney.

The producers have also replaced references to Britney with comments about Ms Beckham.

Britney Spears' cousin ALLI SIMS recently told the Mirror that her famous relative needs to take a break from the spotlight.

She added that her family have been keeping a close eye on Britney since her early release from the UCLA Medical Centre last week.