Britney Spears' waxwork was unveiled in New York this week. She wears the plunging silver dress the singer wore to the 2008 MTV VMA's. 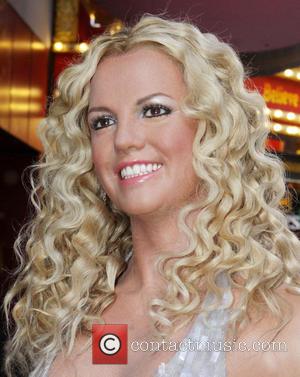 Britney Spears' waxwork was officially unveiled in New York on Tuesday (March 26, 2013), the same day that Harry Potter actress Emma Watson saw her replica revealed in London. For us, it appears Britney's is the more authentic looking of the two waxworks, though both appear a little off in places. The figure wears her hair in a curly blonde style and dons the silver dress that Britney wore to the 2008 MTV Video Music Awards.

It was one of the singer's most successful years, picking up three awards and marking the true beginning of her comeback after a rough couple of years. She performed 'Piece of Me' to close the ceremony and won back the bulk of her fans. This is the second Britney Spears waxwork made by Madame Tussauds and joins the 2003 creation that showed the singer upside down on a pole, wearing a green outfit similar to the one she wore during her 'I'm A Slave 4 U' performance at the 2001 MTV VMAs.

Britney did not attend the grand unveiling, though is probably busy spending time with her new boyfriend Dave Lucado, a regular guy who works for a lawyer's firm. According to People, the couple were spotted enjoying dinner at Meatball Spot at Town Square in Las Vegas on Saturday (March 23, 2013), before jetting back to Malibu, California, to catch some rays. 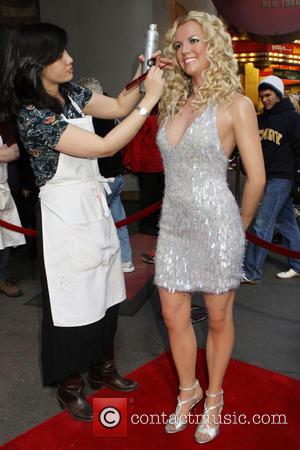 Which do you this is the waxwork with the most likeness? Britney Spears, or Emma Watson?