Britney Spears wants Miley Cyrus to teach her how to twerk

Britney Spears has asked Miley Cyrus to teach her how to ''twerk'' after the former Disney star's latest video 'We Can't Stop' showed her performing the butt-bouncing dance move in her underwear. 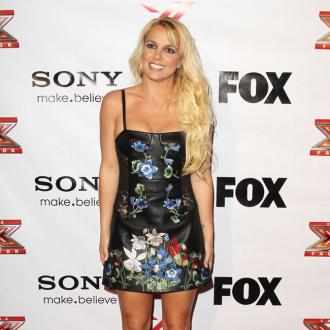 Britney Spears has asked Miley Cyrus to teach her how to ''twerk''.

Miley has attracted a lot of attention after performing the dance move, which involves a person shaking, wobbling and bouncing their hips and butt up and down, in her new video for 'We Can't Stop'.

And it seems Britney was one of the people to notice Miley's twerking skills, and she has messaged the former 'Hannah Montana' star on Twitter to ask for her help in perfecting the skill, Britney, 31, tweeted: ''Loving your new video for #WeCantStop @MileyCyrus! Maybe you can teach me how to twerk sometime LOL ;) xo (sic)''

Miley, 20, re-tweeted Britney's request to her millions of followers, and later posted: ''All I see is LOVE. (sic)''

Britney is not the only famous fan of 'We Can't Stop', with Demi Lovato, Khloe Kardashian Odom and Pete Wentz all championing the release on Twitter.

'We Can't Stop' features Miley - who is in a on/off relationship with Liam Hemsworth - kissing a Barbie doll, spanking her friends' backsides and shows her with a hunk in bed.

The new single is the lead track from Miley's forthcoming album which is to be released later this year.