Britney Spears was thrown a surprise early birthday bash by Ellen Degeneres and her roving reporters for a segment on her TV show. 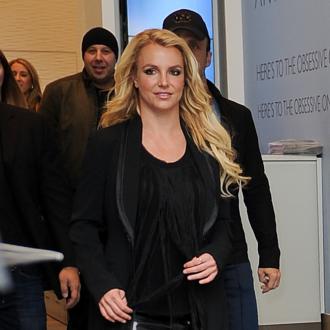 Britney Spears was thrown an impromptu birthday party on TV.

The 'Work Bitch' singer doesn't turn 32 until December 2, but talk show host Ellen Degeneres got the celebrations started a few weeks early when she had her pint-sized roving reporters Sophia Grace Brownlee, 10, and Rosie McClelland, eight, surprise her in Las Vegas with a birthday cake, balloons, tea and a poster featuring Disney princesses.

The party was filmed for a segment on 'The Ellen DeGeneres Show', which airs today (22.11.13), and took place while Britney was rehearsing for her upcoming Planet Hollywood residency.

Excited Sophia Grace and Rosie - who became YouTube sensations in 2011 when they performed Nicki Minaj's 'Super Bass' - wheeled out the huge chocolate birthday cake, which was adorned with pink icing reading 'Happy birthday Britney', and asked Britney to reveal her birthday wish as she blew out her candles.

The singer responded: ''To have four vacations a year!''

Britney got into the party spirit as she put on a pink tutu and tiara to match her young guests' pink princess outfits and even danced with the pair, who were taught one of her dance routines by her expert team of choreographers.

The bubbly British tots have been regulars on Ellen's talk show after she discovered them on YouTube and have met with stars including Nicki Minaj, Justin Bieber, Katy Perry and more.