Britney Spears is worried she might be forced to testify against Sam Lufti in court and finds the upcoming trial very ''upsetting''. 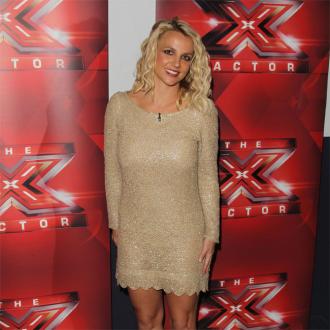 Britney Spears is ''terrified'' of testifying against her former manager.

The 'Toxic' singer - who is being sued along with her parents by her ex-manager SAM LUTFI for breach of contract and defamation - is worried she might have to appear in court, despite her legal guardians insisting she isn't well enough to testify.

A source close to the star said: ''She's terrified that she is going to be forced to testify even though the judge handling her conservatorship ruled she isn't mentally competent to participate.''''

''Britney doesn't want to see Sam Lutfi or be in the same room with him again, ever.''

''Sam's lawyer is still pushing the issue with the judge handling the lawsuit though and said during a hearing that he hadn't decided about whether or not he would call Spears as a witness.''

Sam is reportedly planning to bring up damaging drug claims about the period before Britney's 2008 meltdown in the upcoming trial, as well as quizzing her about alleged statements made by her parents that he drugged her and cut her phone wires.

The pop princess - who fired Sam in 2009 - is said to have banned her entourage from discussing the trial as she finds the thought of coming face-to-face with Sam again too ''upsetting''.

The insider added to RadarOnline: ''The Spears' family lawyers raised fierce objections and have vowed to wage a legal fight if Sam pushes the issue.

''Britney is terrified of Sam and has very bad memories about the time he was involved in her life.

''Brit is being kept busy with work on X Factor and her sons. The upcoming trial isn't discussed with her because it's just too upsetting.''