The ‘Pretty Girls’ singer is thankfully on the mend after the fall on Wednesday night.

Britney Spears might be injured but that hasn’t stopped her having some fun. The singer took to Instagram yesterday to show off her latest fashion accessory, a walking boot for her injured let ankle. 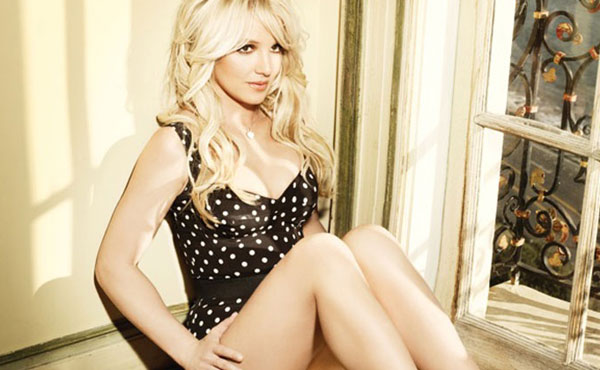 Britney is currently in residency at Planet Hollywood in Las Vegas.

Britney posted the pic of herself wearing the boot and posing in her Las Vegas hotel room, along with the caption ‘this boot was made for walkin’. Spears’ injury occurred during her Wednesday night show when she had a nasty fall during a performance of 1999 hit ‘(You Drive Me) Crazy’.

Ever the pro, Britney continued on singing, but the 33 year old has since had to cancel her weekend shows. ‘Breaks my heart to share this news. After hurting my ankle last night my doctor has advised me not to perform this weekend #Heartbroken’, the singer told her fans on Thursday.

‘Your kind words mean everything to me!’ Britney later tweeted her fans "I'm rescheduling this weekend's shows and will let ya'll know when we have the new dates. xoxo.” Spears is currently performing a residency at Planet Hollywood in Las Vegas, which is scheduled to end in September.

More: See Britney Spears And Iggy Azalea Go Back In Time On The Set Of 'Pretty Girls' Video [Pictures]

On Monday Britney will release her much anticipated collaboration with rapper Iggy Azalea, ‘Pretty Girls’, taken from her next album, On Thursday the single’s cover art was finally released, featuring Azalea as an alien and Britney straddling a rocket in space. The single's debut live performance will take place at the Billboard Music Awards on May 17th.