Britney Spears struggling to cope on her own

Britney Spears is said to be finding it difficult to come to terms with her split from boyfriend David Lucado. 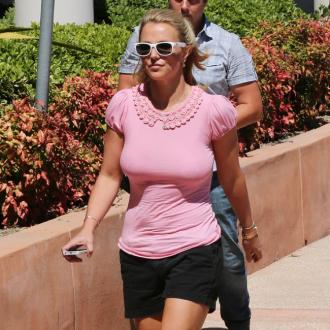 Britney Spears is finding it hard to cope without David Lucado.

The 32-year-old singer - who split from David last month after her was captured on video kissing another woman - recently admitted she is ready to start dating again, although those close to the star insist she is still heartbroken.

An insider told America's OK! magazine: ''Britney's been on an emotional roller coaster.

''Britney was sure she'd found someone she and her boys could settle down with. After so many ups and downs with guys, she's totally destroyed. She's taking some time to reconsider her life right now.''

The blonde beauty - who announced the split via her Twitter account - is keeping busy with her 'Piece of Me' residency at Planet Hollywood in Las Vegas in a bid to distract herself from the break-up.

The source said: ''Her shows are the only thing keeping her going.''

However, the 'Toxic' hitmaker - who has sons, Sean, eight, and Jayden, seven, with ex-husband Kevin Federline - is also reported to have broken down back stage shortly after outing her cheating ex.

The insider said: ''Before the curtain, she had to have her makeup redone twice. She couldn't stop sobbing.''