Britney Spears' sons are huge Skrillex fans and were thrilled when they got to meet him over the weekend. 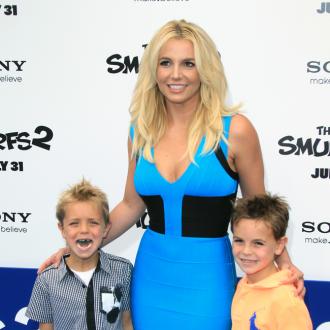 The 'Bangarang' DJ went to see Britney perform in her 'Piece Of Me' Las Vegas residency over the weekend and her boys Jayden James, nine and Sean Preston, eight, were thrilled when he came backstage and they got to meet him.

Britney tweeted Skrillex saying: ''What a sweetheart. Thank you for coming tonight @Skrillex, dream come true for my boys!!''

Meanwhile, Britney's producer Chris Braide, 42, who worked with the 'Pretty Girls' singer on 2013 LP 'Britney Jean', recently defended her use of backing tracks during live performances.

Speaking exclusively to BANG Showbiz, Chris said: ''Proper pop was much better when people mimed. As a producer, you spend weeks and weeks trying to make this thing sound absolutely perfect for people to listen to and love and then the poor artist goes on TV and is meant to sing it live in one take at 9 o'clock in the morning. It's nonsense.''

Britney, 33, is currently performing a two-year-residency at Planet Hollywood in Las Vegas and Chris says the focus should be about putting on an amazing show.

He said: ''Even Michael Jackson had things on track. It's about a show you know. It annoys me when people attack pop stars.''